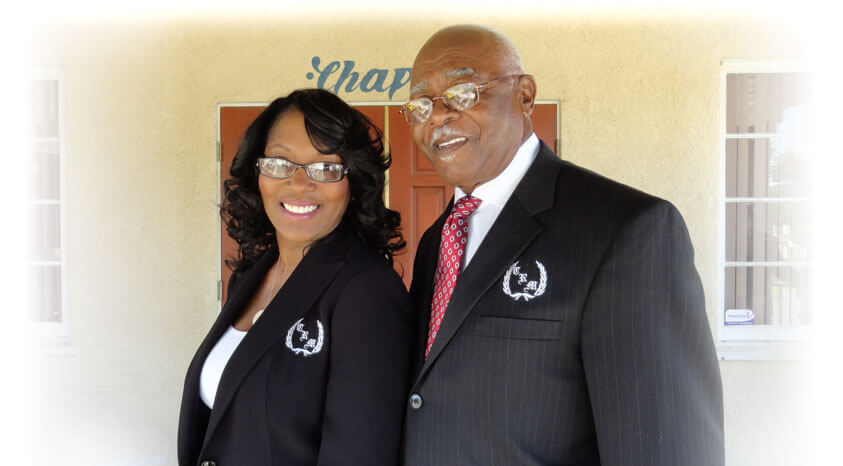 A. Leon Tillman was born in South Carolina in 1936. He completed his formal education there and began studying for the ministry. but after a year, he was inducted into the United States Navy and moved to the state of California.

Following his discharge from the Navy in 1960, he enrolled at the Los Angeles Trade and Technical College. There he studied computer science, and received an Associate Degree.

He began working for the Signal Oil and Gas Company and within five years he became a supervisor of the computer operations in the Los Angeles district. In 1970, he resigned from his position at Signal Oil and enrolled in the California College of Mortuary Science. Upon graduating, he began working for the Harrison-Ross in Los Angeles, as a embalmer and funeral director. He resigned from Harrison-Ross in1978 and gained employment at St. Vincent Medical Center, worked weekends at Angelus Funeral Home and furthered his education by attending night school. He received a degree in Business Administration in 1982. In 1983, he moved to Riverside, California to pursue his dream as a mortuary business owner. Mr. Tillman is the father of three (3) adult children, and four (4) grandchildren.

In 1983, a dream though fragile was born and as it is with premature babies, it had to be placed in an incubator. But as time passed, the baby grew and with a lot of love, tender care, nurturing and a gentle touch, the baby is now of age.

The baby, “TILLMAN RIVERSIDE MORTUARY” started as a one man operation and now thanks to God’s goodness, it now consist of over 15 employees.

A year of daily grief support

Our support in your time of need does not end after the funeral services.  Enter your email below to receive a grief support message from us each day for a year.  You can unsubscribe at any time.